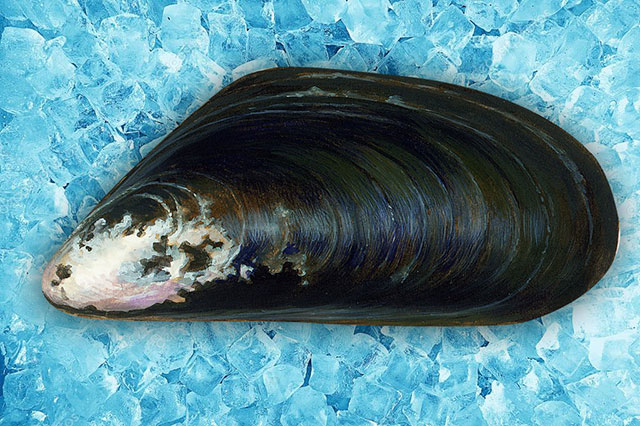 Mytilus chilensis is the scientific name often misapplied to the native blue mussel species occurring along the coasts of southern South America, hereafter referred to as the Montevideo mussel, the original name coined by Alcide d’Orbigny who first described the species. The valid scientific name currently used to designate the Montevideo mussel is Mytilus platensis d'Orbigny, 1842,[1] although its junior synonym Mytilus chilensis is still in use, but erroneously so from the viewpoint of zoological nomenclature.[2]

The Montevideo mussel[1] or Chilean mussel[3] or Chilean blue mussel[4] is a species of blue mussel native to the coasts of Chile, Argentina, Uruguay, the Falkland Islands and the Kerguelen islands. In the scientific literature, the Montevideo mussel has been referred to as Southern Mytilus edulis [5], or Mytilus edulis platensis[6], or Mytilus chilensis[3].